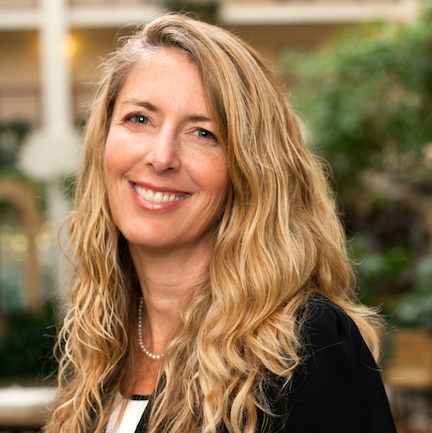 Just as soon as you file that paperwork, Doc

Paperwork isn’t nearly as exciting as saving lives, but in order to set a consistent tone with RNs, Here is a case where problems with written orders led to a strained work environment for a trauma surgeon and an RN and how it could have been resolved.

You know you are watching a TV show when you see a doctor call out ‘CBC!  One unit of blood! Two liters of saline wide open!’ and the nurses say ‘Yes, Doctor’ and carry out the orders.  You know that you are in real life when the response you receive is ‘Just as soon as you put the orders in the computer, doc…’

The electronic health record drives a stake into our hearts when patients are critically ill and we have to leave the bedside and spend precious minutes logging into terminal in order for lifesaving interventions to occur.  One of our trauma surgeons called me, irate over just such an incident at one of our hospitals. Now, I have heard that there are places where nurses happily put in verbal orders, no questions asked…but I have not worked in one of those places.  Here is how this incident broke down.

Trauma Surgeon: I was asked to consult on an auto vs. pedestrian that I was told needed overnight observation, but was otherwise stable.  When I got to the ED and opened the curtain to Room 5, I found the patient with a heart rate of 160 and a blood pressure of 99 systolic with no fluids hanging.

I stepped out and asked the RN to get a bag of NS and put it on a pressure bag, but she refused to do it until I put the order in.  This patient’s life is in danger and the nurse who wasn’t monitoring the patient well in the first place was now refusing to start resuscitating him until I wasted precious time finding a computer to place the order.

RN:  We have a hospital policy that states that we are only allowed to take verbal orders in emergencies.  This patient had atrial fibrillation and had been at a rate of 102 after we pushed diltiazem.  It had jumped up to 160 essentially simultaneously with the surgeon’s arrival, and the patient’s life was in no danger.  Consultants come to the ED and want us to be their personal assistant, but I had two other patients and was in the middle of taking off important orders for one of them.

I would get in trouble for taking a verbal order because the doctors, especially the consultants, are terrible about signing off verbal orders.  If they are not signed off it is a problem for the hospital and a problem for me. I have been burned before by docs who ask me to do a verbal order then denied it later.  Verbal orders put my job on the line!

Emergency Physician: To borrow from the words of Star Trek’s Dr. McCoy, ‘Damn it Jim, I’m a doctor, not a data entry clerk!’ Gone are the good ole’ days when you could write your orders on a piece of paper while you were in a patient room and hand the chart to the unit clerk to put into the computer.

No, we have assumed the role of the unit clerk, which means that until you have ordered crutches enough times in your EHR to know how to do it, placing that order will consume one to five minutes of your time and perhaps that of a nurse as well. And this is true of every single order you will ever write.  Don’t click the box on whether the vancomycin order is based on actual or stated weight, and the order won’t go through.  Admit it—this irritates most of us most of the time, so know you are starting in a bad place on this issue.

Since you are friends with many of your ED RNs, you also know that it is a sensitive topic for them because they have all been burned at least once by a doc who refused to sign an order later. They can’t simultaneously hang the fluids and put the order in the computer, so it makes a lot of sense for them to get the fluids and hang them while you put the order in.  They must do the same hunting that we do to place the order and they could argue that their time is better spent on patient care than order entry.

And then there is the problem of the uncooperative personalities.  The doc who needs to be asked repeatedly to sign a verbal order that the nurse put in for her.  The RN who is not busy with patient care that won’t put in a verbal for a UA and pregnancy test on a 21-year-old with abdominal care, despite the fact your ED is bursting.  Or worse yet, the RN who is asked to do the UA and HCG and neither says no nor does the test—so that when you get in the room an hour later, they still are not done.  If you weren’t mad before, you sure are now!

1: Prepare. We are not getting our unit clerks back to putting in written orders and this is an entirely predictable and common problem. Don’t wait until you are caring for a sick patient to have an approach to solving it.  This will require all of your skills, because it involves traditional doctor/nurse roles, potential age or gender biases, personality traits, as well as hospital and ED policies.

Start by laying a strong foundation.  There are nursing policies that address verbal orders, so familiarize yourself with them and know your options. Policies rarely specify that orders must be placed in the EHR and every hospital has downtime paper charts.  Consider writing orders on paper in urgent situations so that they are not verbal, and they can later be transcribed or scanned into the chart.

Find out your nurse manager’s view of verbal orders. Are nurses punished for taking verbals?  Talk with your nurses during non stressful times about their prior experiences with verbal orders.  Lay a foundation of trust and respect by signing any verbal orders promptly and build a bank of good will. Change orders when there are minor issues that help a nurse (like changing a PO order to IV when they have given it IV by error, or writing for a second bag of fluid if they already started it) and show you are a team player.

2: Use emotional intelligence when disagreements occur. Check in with yourself: do you feel irritated or angry? Do you have unconscious biases (does something about the person make you think she is lazy?) Do you feel victimized because you are young/female/new? Think about what the nurse is feeling—overwhelmed or asked to do more because she is young/female/new?

Recognizing these feelings allows you to manage your words, tone and body language because discussions like these set the tone for future interactions. Keep it from being a power struggle by speaking the common ground that you and the RN share: prompt, safe care that gets no one in trouble.  If you honestly believe that the RN is the best person to place the order, consider scripting yourself: ‘I am happy to give you a written order, but I can’t sign on to a computer at this time.  How can I give you a written order right now?’  If you take this route, realize that this is simply a shift of the work of putting the order in the computer from you to the RN, and he may not be willing to accept that.

When your nurses do take verbal orders, be grateful and have a system for making sure that you don’t forget to sign them.  Use sticky notes or a checklist to remind yourself and don’t make them ask you multiple times.  For the times that none of the above techniques work, avoid speaking in anger.  Be neither confrontational nor passive aggressive—how you handle this will have lasting results.  Make sure you have asked for what you wanted in a neutral tone so there can be no question of the clarity of the communication and simply write down the MRN for your departmental chief.  She will need to resolve it with the ED nurse manager on the next morning.

3: Have a system. Discuss verbal orders at your next staff meetings so that everyone has a consistent approach.  Some problems are common to EDs everywhere and this is one that is solvable by knowing the parameters your hospital has established and then by establishing a communication system with your staff.  Be creative within hospital policies so that every party’s needs are met and build trust with your nurses by being clear, consistent and always partnering with them for safety.